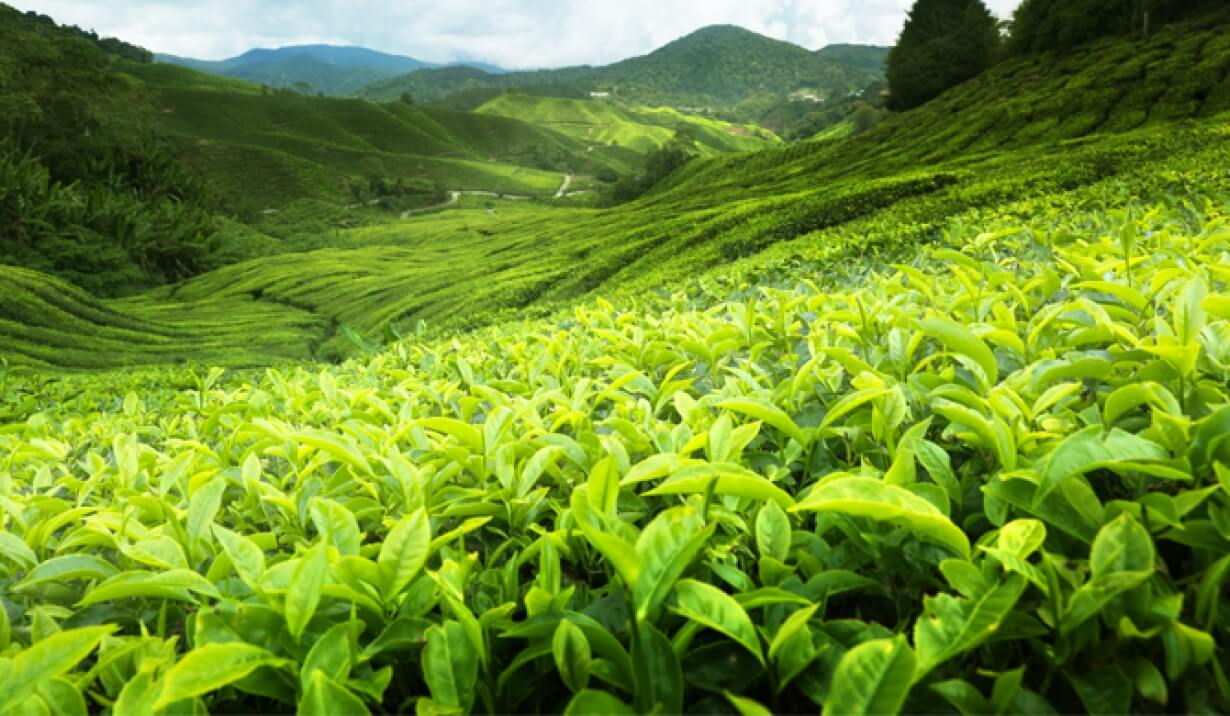 The early 1880s were a lean time in Ceylon. The colonial economy had been built almost entirely on the coffee enterprise, and when the enterprise collapsed, so did the economy. Plantations ‘up-country’ were sold for a song, while in Colombo there were runs on the banks. Frantic experiments with indigo and cinchona came to naught. The Planters’ Association presented the government with panic-stricken proposals for administrative retrenchment – which were, fortunately, rejected. An aura of panic settled over the colony.

Meanwhile, up in the hills where the Kandy and Dimbula plantation districts meet, a reclusive Scottish planter named James Taylor had been experimenting with a new plant, planting it along the margins of the divisional roads on his coffee estate, Loolecondera.
The plant was tea. Already in 1867 he had withered the first leaves on this bungalow veranda, trying to emulate the process used by tea-planters in Assam, India. By the time the coffee-blight struck, Taylor had nineteen acres of Loolecondera planted with tea and had shipped his first modest consignment – 23lb. in all – to England. Soon, planters from all over the hill country were visiting Loolecondera to learn how to grow and manufacture tea. Ceylon and its plantation industry were saved.
Salvation did not come easily. More than 120,000 hectares (300,000 acres) of land had to be stripped of dead and dying coffee-bushes and re-planted with tea. It was a costly and heartbreaking business, but somehow it was completed. The heroism of the planters were eulogised by no less a pen than that of Sir Arthur Conan Doyle, the creator of Sherlock Holmes, who described, in his short story ‘De Profundis’, how ‘a rotten fungus drove a whole community through years of despair to one of the greatest commercial victories which pluck and ingenuity ever won,’ adding that ‘the tea-fields of Ceylon are as true a monument to courage as is the lion at Waterloo.’ Within a decade a new plantation enterprise had been built in Ceylon on the ruins of the old, and the colony was prosperous again.
James Taylor was the first Ceylon planter to succeed with tea, but he was not the first to try. Though records are scant, there is evidence that the cultivation of tea plants imported from China was attempted as early as 1824. Later, Maurice Worms, a member of the Rothschild family of international financiers, planted some China seedlings on Rothschild estates in Pussellawa and Ramboda. He even made tea from the crop, China-fashion, though the price, at £5 a pound, was much too high to be competitive. It was left to Taylor, a generation later, to show the way.