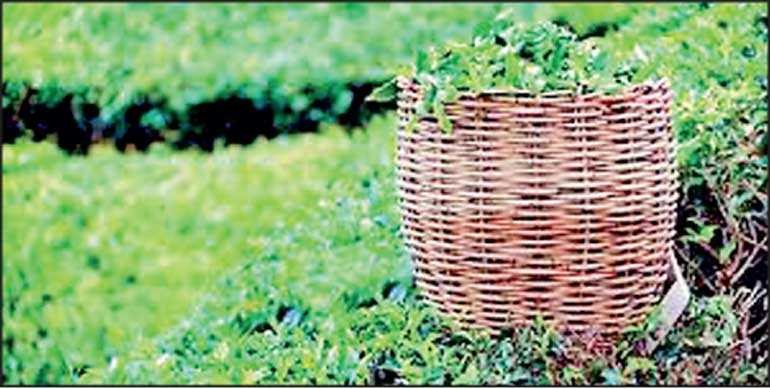 Here a d media article of what I posted three days back- Excellent performance by tea industry players, especially the exporters who have taken up the challenges such as high Frieght charges and lack of shipping space/ shortage of containers and stiff competition from low cost supplies of other origin teas – need to maintain the momentum by offering quality Ceylon tea packaging to discerning consumers world over without compromising quality.

Small holders continue to receive good income under difficult conditions including tea manufacturers however, the tea price per kilo may decline as there are some invoices with below best quality weathered teas offered by tea factories-

The negative side is I notice there are still some malpractices are being detected and stern action is being taken by SLTB to arrest d situation and improve consistency in d products quality thus maintaining Ceylon tea image with purity, naturalness and freshness.

The tea industry witnessed a recovery amidst the COVID pandemic, with a substantial increase in production as well as in export volumes, brokers said this week.

The country’s cumulative tea production in the first quarter totalled 74.03 million kg, recording a gain of 20.35 million kg vis-à-vis 53.68 million kg in the same period a year earlier. This shows signs of recovery with January to March gaining 20.35 million kg over the corresponding period of COVID-19-affected March 2020. On a cumulative basis, all elevations have also shown substantial gains, with the Low Growns in particular gaining 48% over the corresponding period of 2020.

In analysing the respective elevations, Forbes and Walkers said all elevations have shown a significant gain year-on-year (y-o-y) when compared to the corresponding period of 2020. The country’s tea production in March totalled 28.41 million kilograms (m kg), an increase of 14.88 m/kg compared to 13.53 m/kg in the same period last year.

All elevations have shown substantial gains, with Low Growns in particular gaining 129% over the corresponding month of 2020. The total tea exports in March was 25.81 million kg, an increase of 11.99 million kg compared to 13.83 million kg in the same period a year earlier.

In March, the total revenue of Rs. 24.54 billion shows an increase of Rs. 12.97 billion compared to Rs. 11.57 billion recorded in the same period a year earlier.

The cumulative exports in the first quarter totalled to 69.89 million kg, showing an increase of 10.31 million kg compared to 59.58 million kg recorded in the same period a year earlier. Forbes and Walkers said that once again all main categories of exports (Bulk Tea, Tea Bags and Packeted Tea) have shown an increase compared to the corresponding period of 2020.

Turkey retained the top position, as the major importer of Ceylon Tea, followed by Iraq and Russia with China occupying the fourth position. Iran, which has moved down to ninth position from the fourth position it occupied in 2020, records a fairly substantial decrease in imports during the first quarter of the year.

Other noteworthy importers include the UAE, Azerbaijan, Libya and Syria. Meanwhile, destinations such as Saudi Arabia, Chile and the USA have recorded a fairly significant decrease in imports during the period under review.

It is noteworthy that exports to China have increased substantially (160%) Y-o-Y.