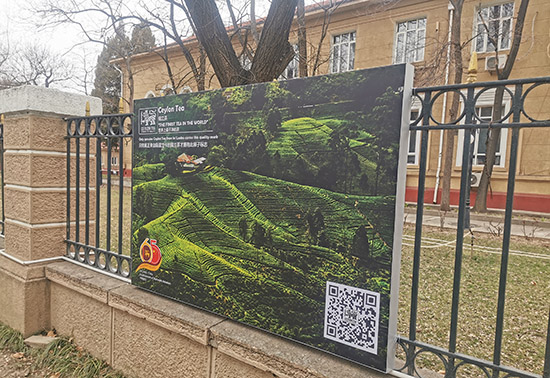 Sri Lanka and China celebrating the 65th anniversary of establishing diplomatic relations in 2022. In addition, both counties will also celebrate the 70th anniversary of signing the rubber-rice pact in 2022. The commemoration is used to promote economic, trade, investment, tourism and people to people relations between the two countries. Under the trade promotion activities, the Tea Promotion Unit of the Embassy arranged a series of activities to increase awareness of Ceylon Tea among Chinese consumers. As of the first initiative, fixed Ceylon tea promotion lightboxes facing the roadside on the fence surrounding the Embassy.