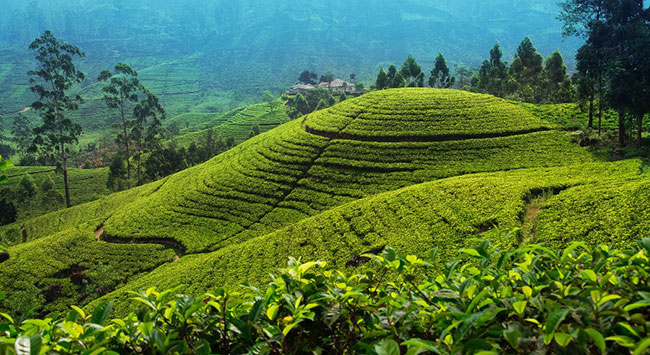 As for the tea sector, what we have been saying is the government policy change as per Cabinet decision on 27th April, will enable us to arrest the tea land degradation and improve soil quality and thus moving towards green agriculture- plantation economy. As stated in the Cabinet paper, the state policy change is ‘migrating into green socio- economic pattern; this can be termed ‘regenerative agriculture’ or the green economic system. One of the milestones in the Tea strategy 2030 road map is improving soil quality and air and water quality through an integrated soil fertility management and balanced nutrient management.

Nevertheless, SLTB officials are closely watching and monitoring the entire tea supply chain – five months have lapsed from the government policy change prohibiting fertiliser imports and up to end September, a detailed scientific analysis on statistics of production, auction sales data and physical inspection of factories/estates have not revealed any major drop in quantity, however there will be issues if no nutrients are provided at the earliest.

Cumulative tea production for the period January to September 2021 shows an increase of 16% respectively against last year.

In fact, the tea production to date is higher than the average of the corresponding period during the last five years. This shows that good weather conditions,especially water and sunlight, are equally important, along with providing required nutrients. Therefore, it is important to address the adverse effects of ‘climate change’ through mitigating and adaptation strategies. The confusion here is that the majority of the people have misunderstood the word ‘organic’ in the government proposal, thinking the stakeholders are required to immediately convert tea production and exports into organic. We need to educate the farmers and there should not be loss of income for efficient growers even during the transitional period. At the same time, malpractices and under-utilisation of land and over use of inputs without following GAPs need to be arrested by the authorities. The name of the game is ‘green agricultural system’ as stated in the said Cabinet paper and the President’s address at the General Assembly, United Nations, recently – green energy, green agriculture-this is how I understood the vision.

The positive feature is the emergence of R&D initiatives mooted by the tea sector hitherto not happened and the admission that there has been an excessive usage of chemical fertiliser and decline in yields. There has been hardly any soil analysis undertaken during the last couple of years and lack of site- specific fertiliser application. Scientists have concluded that beneficial microbes in the soil are disturbed with excessive application of chemicals.

In order to address farmers concerns and genuine grievances, there is nothing wrong in using nano-hybrid chemically bonded, ‘slow release’ fertiliser until we are self-sufficient in the production and supply of ‘organic’ fertiliser. Based on approvals received from the government, the private sector importers have already been allocated ordering sufficient quantities of Ammonium sulphate last week (under Import control licence scheme-07/05/21) to be mixed with minerals such as ERP and potassium for tea estates. The production and supply of organic fertiliser is also increasing.

However, if they don’t provide with sufficient N and K, there will be issues both in quantity and quality. Another issue for exporters is lack of shipping space and shortage in containers more than other Issues- that’s being sorted out.

My understanding is the vision of The Head of the State is; How do we reposition and market ‘Sri Lanka’ globally as a unique country? As for Ceylon Tea marketing strategy- how do we position ‘Ceylon Tea’ in the minds of discerning tea consumers globally as a unique product? The State policy change should be viewed in that perspective. Our ‘Ceylon Tea’ Brand story; the cleanest tea in the world is being reinforced with this state policy change: ‘green socio- economic pattern’. This is on par with the Tea strategy road map 2030 prepared by CTTA, the private sector apex body for tea industry, in consultation with Tea Board, Ministry and other stakeholders. Let us work together to realise true potential to obtain higher net foreign exchange, so that the benefits will trickle down to the farmers in accordance with the Tea Control Act No. 51 of 1957. The way forward strategy should be communicated to everyone.